When flying seems the only option

An increasing number of people experiences flight shame (or ‘flygskam’ in Swedish, where the term originated). However, as of yet this has not resulted in a reduction in the number of flights. Flying currently remains the default option for (international) travel. 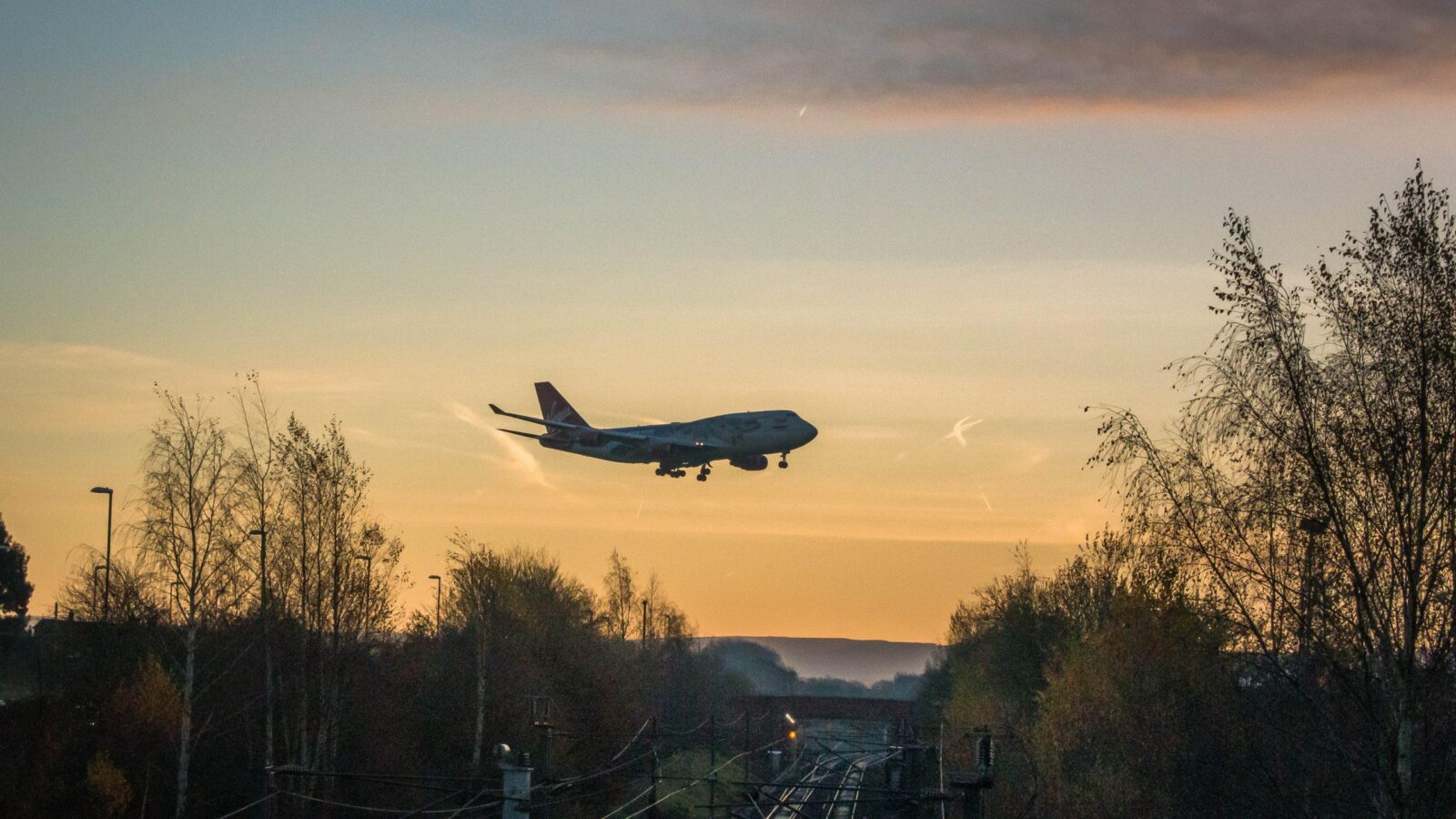 Over the past 20 years, the number of passengers worldwide has grown to about 5.5% annually. Between 2015 and 2019 the annual growth amounted to approximately 7%-8% (4.2% in 2019). The International Air Transport Association (IATA) projects a growth of 3.6% per year in the coming 20 years (with a range of 2.7% to 5.6%). In terms of passengers, this would indicate an increase from about 3.8 billion passengers in 2016 to 7.8 billion in 2036 (range: 6.7-11.4 billion). Flying is easy, cheap, and is perceived as the default option for travelling internationally. Booking a plane ticket to Madrid, for example, can be done in a matter of minutes. Opting for an alternative like the train for such an international journey (except for specific ones, such as the ones served by Thalys) is much more complex, takes longer, and often costs (much) more. Plane ticket prices have dropped dramatically from hundreds of euros 25 years ago to a fraction of that amount today. Even though people feel there is no realistic alternative for flying to, e.g., Madrid, they struggle with the fact that flying is not sustainable. Therefore this article looks into more sustainable possibilities for flying.

The reliability and long-term impact of compensation schemes is uncertain

When booking a flight, it is often an option to tick the box ‘compensate the CO2 impact of your flight‘ and pay a few euros more for the trip. Several airlines offer CO2 compensation schemes with different characteristics. Most schemes concern planting trees, or replacing wood-fired cooking with cookstoves on solar energy, in developing countries. However, there are also initiatives that are not even related to combatting climate change, e.g. some schemes support whale watching as a way to compensating for flights. Most of these initiatives take place in developing countries.

Reducing aviation emissions requires a worldwide approach, and is still in its infancy

Wouldn’t it be easier to enforce emission reduction via rules and regulations? In contrast to the automotive sector, in terms of emissions regulations aviation is subject to few national and international laws. European flights fall under the regulations of the Emissions Trading System (ETS), but several countries, such as the US, China or India, do not participate in this. Moreover, aviation companies receive free CO2 compensation credits for about half of their emissions. Another element reducing the impact of the ETS in aviation is that it only applies to flights that start and end in the European Economic Area (EEA).

A global agreement is therefore necessary, but reaching international consensus is complex. As a first step the sector introduced the ’Carbon Offsetting and Reduction Scheme for International Aviation’ (CORSIA). The CORSIA agreement aims to keep CO2 emissions in aviation at their 2020 levels, by either efficiency improvements, using renewable fuels, or purchasing offsets from other sectors. CORSIA is the result of a compromise: not all countries have the same level of commitment to reducing emissions. Attempts to create strict regulations have encountered strong resistance. An example is the case of applying the ETS to flights (partly) outside the EEA. A number of countries went to the European Court of Justice (ECJ) to block this (PDF), based (amongst other things) on the Chicago Convention (PDF). The ECJ ruled in favor of the inclusion of external flights, but the EU restricted (PDF) its rules to intra EEA flights anyway to give the International Civil Aviation Organization (ICAO) enough time to develop and agree on a global market-based measure. This balance between own action and international collaboration is a key element of the EU external aviation policy (PDF).

CORSIA is special in the sense that it is the first global agreement which places some constraint on the emissions growth. CORSIA does not however cover the issue of reducing emissions, as it only addresses the capping of the growth of emissions at their level in 2020. Therefore, additional measures to reduce emissions are needed.

Flying becomes more efficient, but that is not enough to combat its growing CO2 impact

Designing and developing a new line of planes and getting them operational takes about 20 years. The lifecycle of a plane is 20-30 years. This means that, even though the new line of airplanes is expected to be extremely efficient, it will still take half a decade before people can start using them. Besides airplanes that are, e.g., more aerodynamic or use less fuel, efficiency can be optimized by improving operations:

Increasing efficiency is an ongoing important focus of airlines (considering the reduction of fuel costs), however it is not enough to compensate the growth of demand in air travel. The impact of increased efficiency can amount to about 2% of CO2 reduction. Increasing efficiency can however also lead to rebound effects. Higher efficiency reduces operational costs, which may result in lower ticket prices, and consequently to more flights. This way the gains in CO2 reduction can decrease because the gains in fuel or savings will (partly) lead to more flights due to decreased ticket prices. On average, the rebound effect (i.e. the amount of extra demand per efficiency improvement) for the US aviation sector is about 19%. This rebound effect is capped by the fact that fuel costs are only part of the operational costs of airlines (about 24-28% (PDF)). Even though this effect is relatively small (compared to the 100% rebound effect efficient lighting has experienced over the last 300 years, for example), this can still be significant, considering the limited options the aviation sector has to reduce its emissions (compared to other sectors). Note that this effect is likely to be higher in countries which are at an earlier development stage of their aviation sector (such as developing countries).

The development of electric planes faces many difficulties

The weight of batteries would literally keep an electric plane on the ground. Not only do batteries have a much lower energy density than kerosene (even if we take into account the higher efficiency of electric propulsion), but they also keep their weight during the flight, contrary to kerosene, which burns up during the flight. It is unclear if batteries with a much higher energy density, sufficient to power a plane, will ever be developed. For battery manufacturers it is not a priority to develop such batteries, due to the much larger market of electric road mobility, where cost reduction is the main priority. Even if this dramatic increase in energy density were to occur, it would only help short-distance flights (for which high-speed trains can become an attractive alternative) with a limited number of passengers. This is also reflected in the opinion of experts, who expect electric flying is still a long time ahead, were it to occur: 2080 for short-distance flights and 2100 for long-distance flights. (PDF)

Hydrogen would principally be a suitable alternative for kerosene. However, this would require fundamentally different planes, which can take decades to develop, and it would require sufficient supply of sustainably produced hydrogen. As for electric flying, experts conclude that hydrogen planes are unlikely to have a significant market share on the timescale (2050) that is needed for emissions to drop. For hydrogen, the time horizons are 2050 for short-distance flights and 2080 for long-distance flights.

Future planes can use alternative fuels

In the long term, sustainable fuels are the only realistic option for a more sustainable aviation sector (at least before 2050). These fuels can be developed as drop-ins (i.e. chemically identical fuels that can be used in existing planes). There are two types of renewable fuels (PDF):

The current versions of renewable kerosene are certified to be blended at a 50% level (if they adhere to the required specifications). Small-scale/short-term tests with synthetic kerosene have shown that a 90% blend can be achieved without any problems to the engine. Further/long-term tests still need to occur, but it is likely that the conclusions of the first tests will hold. Furthermore, a 100% blend is not yet possible because synthetic fuels are ’too clean’. Jet engines have been designed based on regular kerosene, which has some impurities. These impurities have specific advantages that are not found in 100% clean fuel. However, finding alternatives for these qualities in synthetic fuels is not a fundamental problem. In any case, the issue of what percentage of renewable kerosene is allowed/can be used is not likely to be a problem for the introduction of renewable kerosene, as the currently allowed levels are far above what can currently be produced and delivered. As such, the main issue with renewable kerosene is the one mentioned above: supplying enough renewable kerosene is the main issue.[3]

The uptake of alternative fuels requires time, due to major technical, economic, and policy challenges

A growing group of people wants to fly more sustainably, but not at any cost. The prices of sustainable fuels need to drop significantly in order to be competitive with regular kerosene. The aviation sector has very small profits margins, and competition is fierce. A small increase in ticket price may cause clients to turn to cheaper airliners (either in the absence of mandatory targets, of if those targets do not apply to all). The fuel costs will be about 2-6 times the current fuel costs (the factor 2 is more long-term). A concrete example is explained in the report ‘The impact of renewable fuels on plane tickets’: the fuel costs for a return flight between Amsterdam to Madrid are about €46 per passenger. The renewable premium would be about €46-€229 on top of this. Renewable fuels need upscaling, which requires more supply and demand. To make these fuels the new standard, policy requiring a certain amount of sustainable fuels is necessary.

Unfortunately there does not seem to be a quick fix or an easy solution to keep flying in a sustainable manner. This does not mean that nothing is happening to make the aviation sector more sustainable. Renewable fuels are being developed, and planes are becoming more efficient. However, in order to offer sustainable flights, the aviation sector needs to overcome technical challenges and complex policy obstacles which have no short-term solutions. Keeping this in mind, people are required to make a conscious decision, rather than a default choice.

Note: Due to the corona crisis aviation traffic has strongly decreased (~-2/3 on a global scale). The IATA expects that, up to 2025 (PDF), aviation traffic will remain below the level of 2019. Nevertheless, there are no direct reasons to assume that trends and facts in this article (which focuses on the long term) have changed due to the corona crisis. Indirect effects (such as airline bankruptcies or strong political measures) would be very speculative, with insecure consequences.

[1] Based on an interview with Professor Paul Peeters from the Breda University of Applied Sciences, on October 15th, 2019.

[2] Based on an interview with Maarten van Dijk, managing director at SkyNRG, on October 19th, 2019.

[3] Based on an interview with Joris Melkert, aviation sector expert and university lecturer at the Delft University of technology, on October 16th, 2019.