Nickle Cadmium (NiCd) batteries store electricity through a reversible chemical reaction. The basic components are a container, electrodes, and an electrolyte. By loading the battery, the electricity is transformed into chemical energy, while during discharge, electrochemical reactions occur at the two electrodes generating a flow of electrons through an external circuit (DNV KEMA, 2013).

Projects can reach up to 40 MW capacity and typically have discharge times of less than an hour (Chen et al., 2009). The main drawbacks are high costs, toxicity of the materials, and performance degradation due to memory effect (Luo et al., 2015). 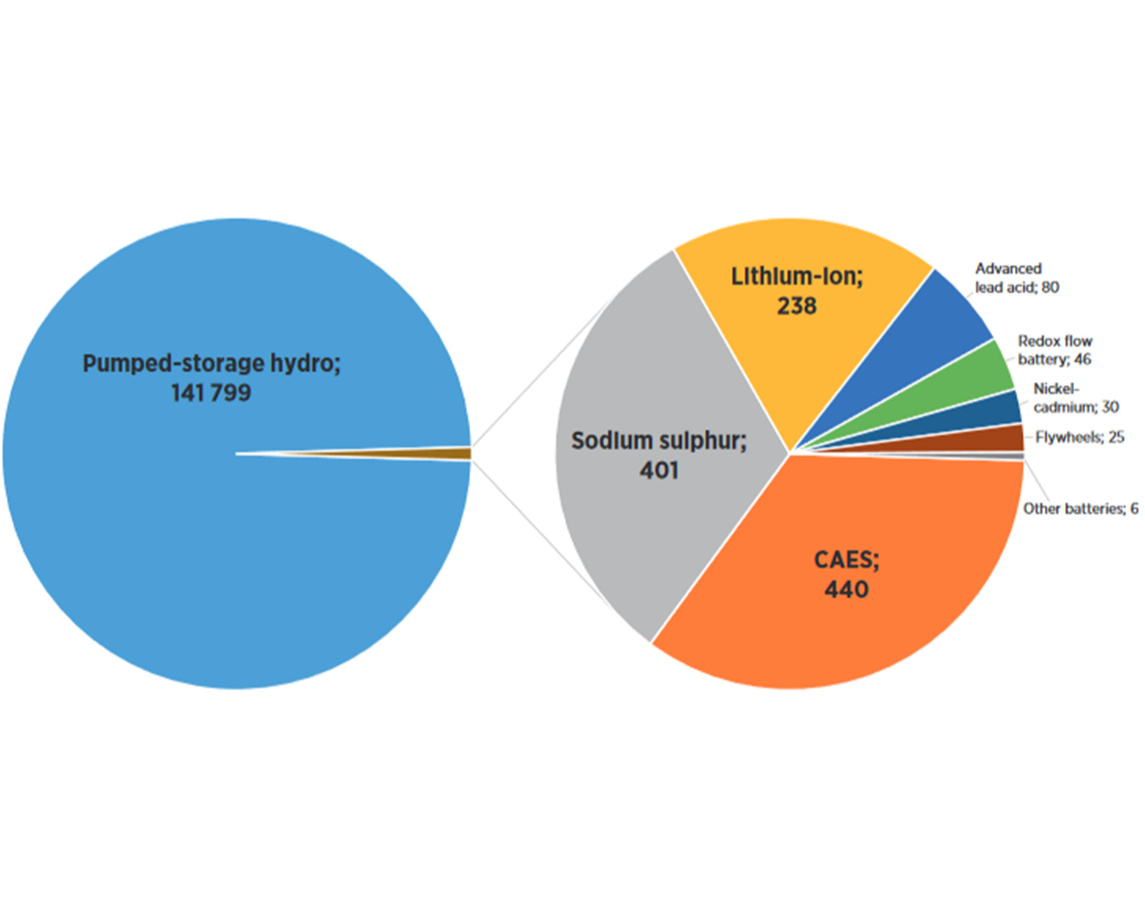