The profile of geothermal energy in the Netherlands has increased in recent years. The declining production and consumption of natural gas and the increasing necessity of sustainable heat and energy sources require sustainable alternatives to natural gas. 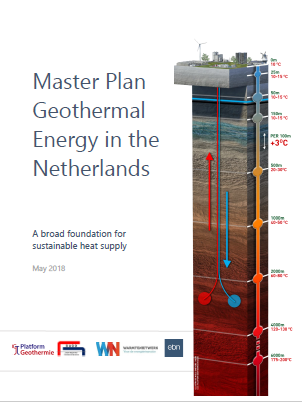 Geothermal energy offers a promising and sustainable alternative for heating buildings, greenhouses and for applications in industry. This requires proper agreements between groups such as residents, the relevant municipalities, energy suppliers and producers of geothermal energy. Eric Wiebes, the Minister for Economic Affairs and Climate, wrote in a letter to parliament earlier this year that geothermal energy has the potential “to play an important role in the development of sustainable heat supplies, and thus also in the transition to low-CO2 energy supplies.” In 2017, SodM (State Mining Regulator) published Staat van de Sector Geothermie (State of the Geothermal Sector). This document stated that the safe extraction of geothermal energy was a prerequisite for successful growth, and outlined the action required to achieve this. The sectoral round tables, which have contributed to the development of the 2018 Klimaat- en Energieakkoord with the objective of achieving a reduction in CO2 emissions of 49% by 2030, have expressed a great deal of interest in geothermal energy as a sustainable source of heat.

Given these developments, the year 2018 is the key moment for us to develop a common ambition and associated action plan to scale up the geothermal energy sector responsibly during the coming years. We are proud to publish our Master Plan for Geothermal Energy in the Netherlands. In this plan, we describe how we can lay the foundations for increasing the current production of 3 petajoules of geothermal energy in the Netherlands to 50 petajoules in 2030, and more than 200 petajoules in 2050, in a sustainable, safe and socially responsible way1. The broad composition of the group that has initiated of this Master Plan ensures that it represents multiple perspectives and interests. Our ambition as a sector exceeds the ambitions described in the letter to parliament, as a result of the robust recent activities and the latest estimates of the potential.